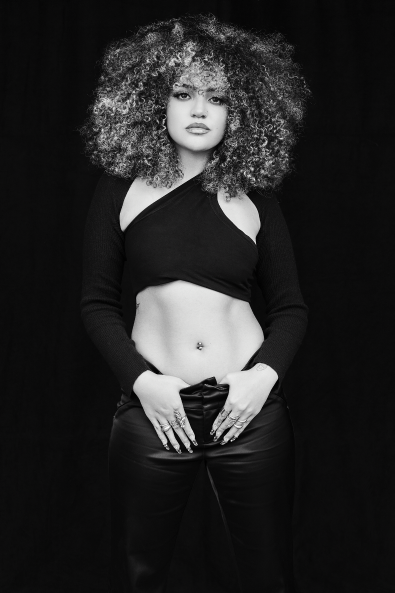 IV Jay is ahead of her time. At just 18 years old, the R&B singer/songwriter is well on her way to becoming a voice of change for her generation. “I want to bring back love,” she says. “We need more positive vibes.” The Paterson, New Jersey native (real name Jaylynn) was a late bloomer in realizing her musical talents. “Nobody knew I could sing. I didn’t know I could sing!” she laughs, shaking her head of curls. A trained dancer of Puerto Rican, Dominican and Colombian descent, she had dreams of becoming a prima ballerina. It was only after she heard beats by her uncle, a budding producer, that a musical switch went off. She spontaneously asked her mother—who was totally surprised—to buy her a keyboard at the age of 13. “I started playing the keyboard and then realized, ‘Okay! This works!’” IV posted her first covers, Alicia Keys’ “Un-thinkable(I’m Ready)” and Wale’s “Lotus Flower Bomb” to Instagram(@Iv.jay), and discovered how her voice, personality and even her look was connecting with thousands of people around the world. Social media has proven instrumental in IV Jay’s career. The tech savvy teen has grown her fan base by posting covers and content. Her 2016 cover of Chris Brown’s “Yo (Excuse Me Miss)” has over 89k plays on Instagram while her 2017 take on Childish Gambino’s “Redbone” has over 125k. In early 2018, she caught the eye of recording artist Dani Leighby winning her song challenge. “That video went viral. I got a lot of followers from that.” She currently has 500k followers on Instagram and over 123k subscribers on YouTube. Even a hair tutorial she shared on YouTube has over 760k views. It’s empowering for IV, who was teased for her hair growing up. “Now curls are the thing!” IVJay’s soulful voice, down-to-earth charm and impressive following helped her ink a deal with Atlantic Records in March 2018. She released her indie tracks, “Thirsty” and “Pretty Wings,” as official singles and followed up with her debut EP entitled IV that fall. She may be young but she’s wise. She hopes that her music—and journey—inspires strength for young women just like her. “I’m all about empowerment, self-love and self-confidence,” she says. “Women are strong and powerful.” Since the release of IV, IV Jay has steadily released new music; releasing tracks “On God, “With You,” “Love Song,” and her most recent single, “The Hard Way.” IV also featured on Luh Kel’s “Tweakin’,” and the track currently boasts nearly 10 million global streams. IV Jay was recently featured as one of the faces of the Tommy Jeans Fall 2019 campaign and she recently performed at the Selena For Sanctuary concert at Central Park’s SummerStage. Additionally, IV was featured on Teen Vogue’s “16 Young Musicians You Need To Be Listening To In 2019” list. 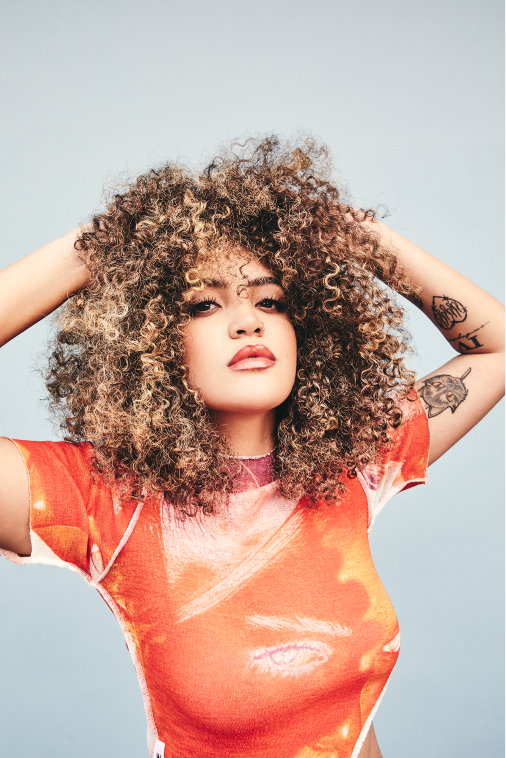 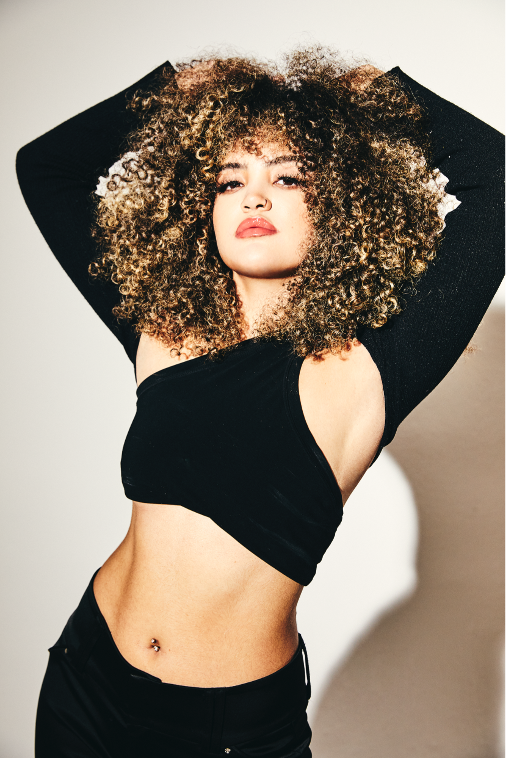 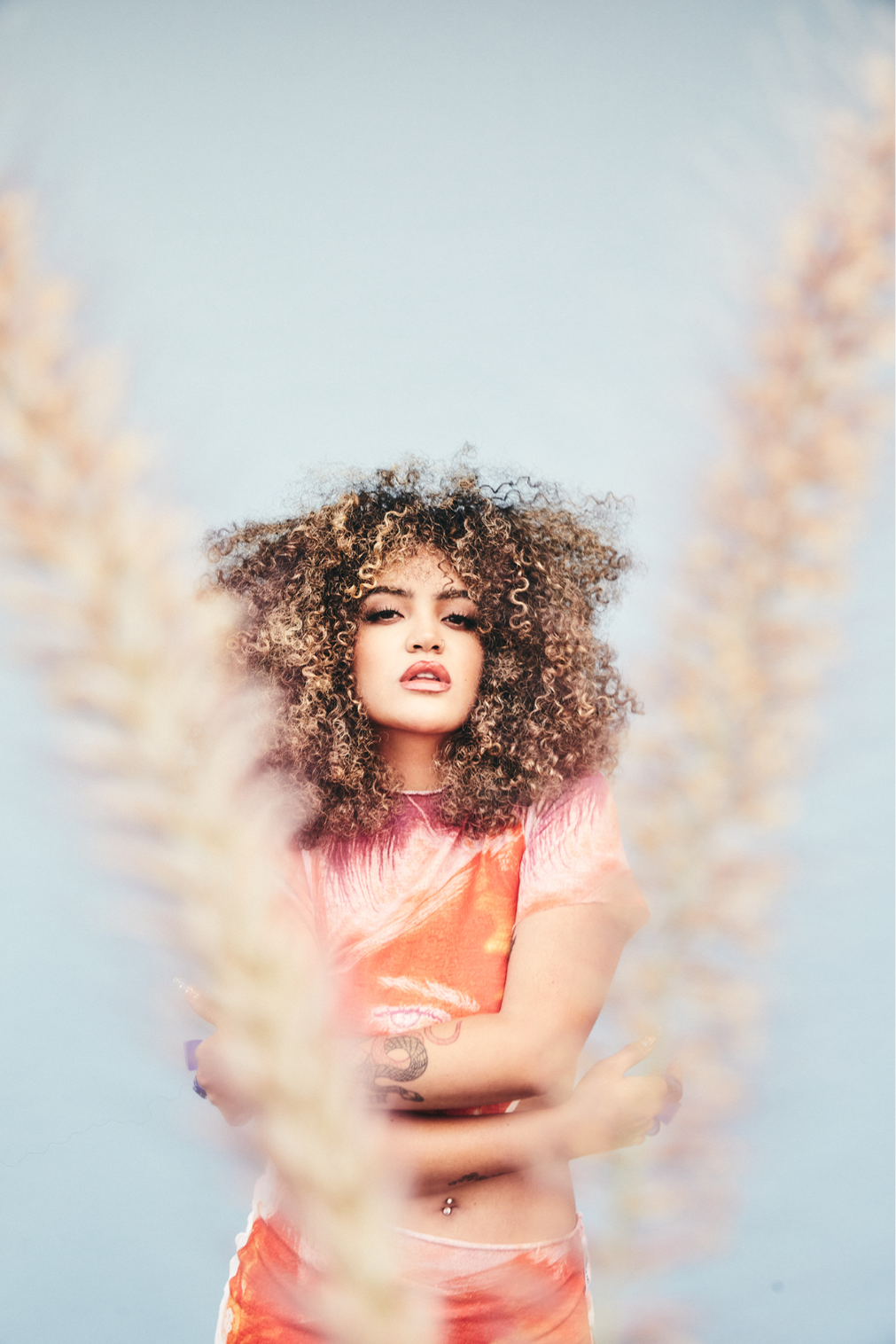 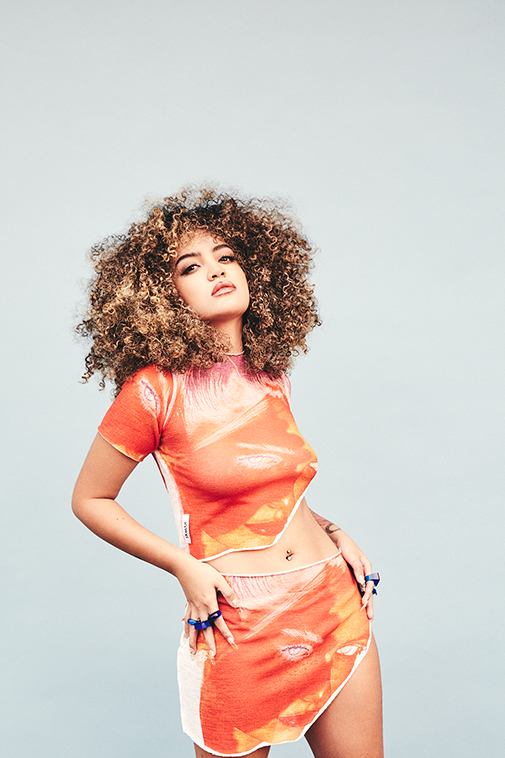